Women’s handball in Hungary is quite active, and the women’s teams have often graced national and international events. The women’s national team, which falls under the Hungarian Handball Federation (HFH), has come 1st place in two international events. One was the World Championship in 1965, and the other was the European Championship in 2000, putting Hungary on the map.

The women’s side, like the men’s, has four categories:

Vilmos Imre heads this team which features handball players aged 18 and below. The team made its first debut in the U19 IHF World Championship in 2013. Since then, it has made two more appearances and came in 5th place in 2019. They have previously played in the European Youth Championship, where they placed 1st in 1999.

This first tier’s establishment dates to 1951 and features 14 teams. Any teams that get relegated move to the second tier, and all teams must work hard to maintain their position in the league. So far, both Vasas and Győri ETO boast 15 titles, which are the highest any team has ever scored. Vasas-Angyalföldi Sportiskola, which dates to 1926, also won the Europeans Championship Cup in 1982. It has its arena at Vasas Sportcsarnok, Budapest, with a capacity of 1,500 fans. Its co-title holder, Győri Audi ETO KC, established much later in 1948, has a 5,500-capacity arena at Audi Arena. The current champion in the league is Ferencvárosi TC, popularly known as Fradi, which came to be in 1950. With two arenas with seating capacities of 1,300 and 2,200, respectively, it has a ready home for its fans. 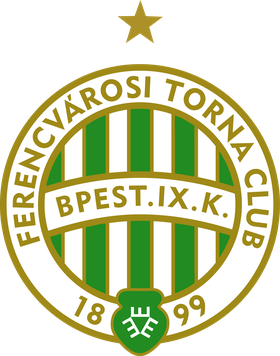 In the past, only four teams could enter the league. Over time, the capacity increased to 12 before hitting 14, which is now the standard. At some point, the heads tried to change the capacity to 16 teams per season. However, at the end of the fifth season, they decided to keep it at 14. Under the current system, sides play each other during the season in both home and away games. The top four teams go to playoffs, and the best teams get bonus points. The two bottom teams move to relegation.

This last tier features six sections. Teams relegated from the second tier find a home here. If they perform well, they can work their way to the second then the first tier.

All teams aim at winning the Magyar Kupa, which is the annual competition held for women’s handball teams. The games start in September and continue up to April when the winner is announced. The winning team moves on to represent Hungary in the EHF Cup Winners' Cup. However, if they get into the EHF Champions League, the second place goes on to the Winners’ Cup.

Győri Audi ETO KC, which holds 15 titles under the Nemzeti Bajnokság I, has won the last two cups. In the 2016/17 cup, Ferencvárosi TC, which also holds 15 titles in the Nemzeti Bajnokság I, emerged as the winner. Before then, Győri Audi ETO KC had enjoyed an uninterrupted winning streak from 2004/05 to 2015/16. It has 14 titles in the domestic cup while Ferencvárosi TC and Vasas come in second place with 12 titles.

35 of the titles in the domestic cup go to Budapest County, of which Vasas and Ferencvárosi TC are part. The next 14 titles go to Győr-Moson-Sopron, where Győri Audi ETO KC hails. The last 7 titles go to Hajdú-Bihar (5), Fejér (1), and Veszprém (2).

Women’s handball in Hungary proves that handball is a fast-growing sport and as more teams join the league, who knows what this could mean for Hungary?