Unlike soccer, the playing space is limited to 40 by 20 meters. When the game first started, players would move across a football field. Of course, back then, there were 11 players on each side, which made sense. But with fewer players, a smaller area makes the game livelier. Players cannot access the keeper zone, which measures 6 meters from the goal. To score a goal, they can either aim outside the zone or dive into it and throw the ball while they are mid-air. Like soccer, the game comprises two periods, only that in this case, they last half an hour each. Most handball games take place indoors. However, some games take place outdoors, e.g., field handball and beach handball.

Why, yes! This game, unlike soccer, is very fast-paced, and sometimes, teams score up to 30 goals in one game. Therefore, the situation can change very fast. At one point, a team may be down by three goals, and the next, they are up by five goals. These rapid changes make it a favorite for people who love the unpredictability of the scores. Handball games attract fans in the throngs who cannot wait to see what the outcome will be. In September 2014, a match between HSV Hamburg and the Rhein-Neckar Lions attracted 44,189 fans. This attendance was a significant improvement from the 36,651 recorded during the Danish Cup final in 2011. It serves as proof that the game’s fanbase is on the rise. 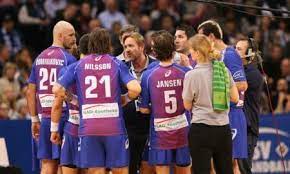 Also, while this game is mainly non-contact, defenders can touch attackers coming close to their goals. Therefore, it brings in a touch of the action that keeps people glued to rugby games. Sometimes, players wear protective gear in anticipation of these attacks. For the most part, though, the game does not feature too much offense or defense. Instead, it mainly revolves around tricks as each team works to outsmart the other. Did you know? Handball players can also score hat tricks! With the game's fast pace, it is not uncommon for a player to score three times in one game.

Handball started towards the end of the 19th century. At the time, its rules were not clear, and people came up with the rules as they played. It was not until 1917 that players agreed on some fundamental guidelines that set the pace for the subsequent years. These rules were the foundation of the first official handball match that took place in Germany that year. Following this, men had their first international game in 1925, and women had theirs in 1930. Not long after this, men got to play at the 1936 Summer Olympics in an outdoor game. Their games were mainly outdoors after this. As they progressed in playing and women also set up their teams, the game's rules changed. It now became mandatory to have 7 players on each side playing on a 20*40-meter space.

In 1972, the men played in the Summer Olympics in an indoor space. Women finally had their shot at the Olympics in 1976, paving the way for what has now become a popular female sport.

Handball grew relatively fast, and as it became clear that it was only set to become bigger, a handball players’ alliance became necessary. Thus, in 1946, the International Handball Federation came to be the resource center for all things relating to handball. As more countries embraced handball and created national teams to participate in world championships, the federation gained more members. By the end of 2016, it boasted 197 member countries. It comprises five continental confederations catering to Asia, Africa, Pan-America, Europe, and Oceania regions. All these factions hold regional championships every two years. 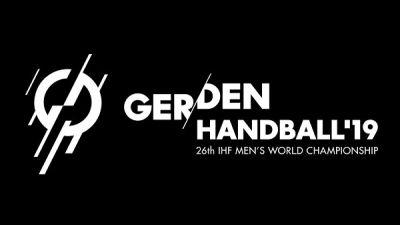 Handball has come a long way from what it once was, both in gameplay and fanbase. Its fans can only expect to witness more hat tricks and even more exciting games in the coming years.